No problem, Myles.  If you require any further assistance, please let us know.

We're glad that you got it to work and apologies for any confusion.  If you have any further questions or comments, please let us know.

I'm using the WPForms to create the email form. I …

Sorry for the problems with the mail going to spam. I would make sure that your emails are following the rules that allow it to not be classified as spam. Otherwise, you may need to check to see if your server or domain has been blacklisted. This would mean that emails coming from your server are automatically being blocked.  Typically, this will require that you contact your email host's support team in order to investigate the issue.

The honeypot option is used to spammers from hitting your forms.

If you have any further questions or comments, please let us know.

I hope I can try to explain this so that it's a bit clearer. This is a very common responsive design issue.  There are three sizes that the theme responds too (based on bootstrap code and the standard they used for all of these themes). Basically, the 3 sizes can be considered the desktop, tablet and phone size.  Each time screen reaches the smaller threshold, the media uses an automatically generated size of the image.  When it reduces the size of the image, it is set to keep the scale of the image the same so that image is not warped.  In layman's terms, if you have a picture of people, the image of the people doesn't squash them smaller or make them skinnier.  I'll give you an example of what happens in a screenshots below with the default background to the Swifty theme.  So let's look at the three sizes and see what happens to the image, text and menus on the screen.

So in the Desktop,you have the image in its full size - the menu is showing, but there's no issue affecting the image other than possible width of the section that I didn't adjust in the BoldGrid editor.

In the Tablet size the image width is reduced.  This affected the title so that text is in the middle of the screen.  The menu is only 3 items, so it is centered with no issue.  As you noticed in your image, there is still little effect to the elements of the image because they still show the majority of the image while retaining the appropriate size of the image.

So, here you can see the most dramatic effect of the responsive code on the image in the phone size.  The menu has changed to a hamburger menu - which will show the menu items when you hover over/touch that button.  The text in the menu (the call to action) has been set to 4 lines and is now centered over the graphic.  The graphic however is no longer recognizable because it has been cropped and centered automatically.  The code cannot sense where the elements in the image are located and therefore cannot properly size the image so that it remains visible for the phone size.

This is a common design problem because the intent of responsive design is to deliver ONE design solution that will automatically resize to the media being used to hold the image (media = screen).  So, the programmatic solution will be to change the code so that it accommodates the image.  The image would need to be manipulated by the code when it reaches the phone size so that you properly see what the designer wants you to see.  This is typically custom coding because the image will always be different depending on the website being created and/or it depends on what the site owner wants to appear in this state.

The image ratio is kept constant in order to keep the image scaled as per its original size. If the image were to be changed without regard to the ratio, then it would become warped.  For example:

I didn't take this all the way down to phone size, but you can see what's happening.  The image can be warped to the point that will be unrecognizable.

The code that I provided in the link above (the question and answer from Tim E.) has code that you are welcome to try to use for your image. You can also change the image so that whatever appears at the phone size will be appropriate to the site.

Changes to the existing code are considered custom code which is outside of the scope of support. This is because a change for one site may not apply to another resulting in unending variations based on custom images.  Changing the image would probably be easiest.  An experienced Web developer can also help to change code so that the image properly appears based on the phone size.  This can be done using Custom CSS code.

I sincerely hope this helps to explain the issue.  I do apologize again that we can't provide a more direct answer. I hope the solutions I've offered can help you resolve the issue.  If you have any further questions or comments, please let us know.

Thanks Ron!  The problem is that the image you're using has all of it mainly elements focused on the right side of the image. The responsive coding for this image automatically resizes the image without regard to the placement of image content.  The easiest way to handle this is to change the image so that the content will be positioned to account for the change in size.  Otherwise, it will require custom coding in the CSS to use a different image when the size of the screen changes down to the phone size.  You can also see an example why this is a tricky issue to resolve by looking at the answer to this question. The problem is that the required code will often be unique to the image. You may need to speak with an experienced web developer to help with the code if you intend to keep the same image.  This is a common responsive design issue and is often resolved by an image change because of the custom coding requirements to accommodate specific image placements.

Apologies again for the frustration.  Please let us know if you have any further questions.

That URL is showing a maintenance page/coming soon page that doesn't let us see the page with the issue. Can you please provide access to the page, or provide us the graphic and the steps to how you're applying it on the page so that we can duplicate the issue and work to resolve the problem?

" Your API key appears to be invalid! Please try …

Apologies for the problem regarding your BoldGrid Connect Key and
the error ("API key appears to be invalid!") that you are seeing. I recommend reinstalling BoldGrid to ensure you are running the latest version, then retrying to enter your Connect Key. If you have tried this already, please email support@boldgrid.com from the email address that you used to receive the Connect Key so that the issue can be investigated in more depth by BoldGrid team.

No worries, Ron.  We understand that working on these things can be tedious and at times frustrating.  Can you please provide us a URL to the page/post where you're having the problem?  It would help us to investigate the issue in more depth.

How to change staging site to active staging?

When I was checking it on that day, the domain was jumping to Tangychef.com.  I just looked at the domain today, and it's now resolving to default Joomla site (with the domain name - tomatochef1.com).  If any DNS changes or name servers were made, they do require some time to complete (typically up to 24 hours).  If you continue to have problems with how your domain name is resolving then you will need to contact your Host's technical support so that they can determine the cause of the issue.

If you have any further questions or comments, please let us know. 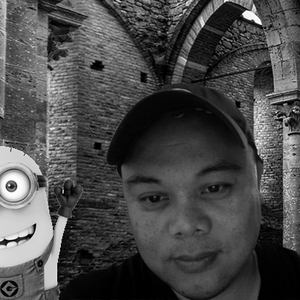